WHAT IS OUR LADY OF LOURDES CATHOLIC SCHOOL?

We are comitted to promoting academic excellence while encouraging the development of each student in the spiritual and moral values of Jesus Christ according to the teachings of the Catholic Church. Through Catholic values, each student is challeneged to develop their personal potential and to be self-disciplined, reverent, and compassionate.

Our Lady of Lourdes Catholic School was established in 1946 by the Ursuline Sisters at the request of its first pastor, Father John Regan.  On September 3, 1946, the first four grades of Our Lady of Lourdes School opened in the basement of the church.  The classes for the 80 pupils were conducted by two Ursuline Nuns, Mother Marie Celine Lorang and Mother Mary Angela Ebel.

A six-room classroom building was built and ready for occupancy at the beginning of the 1947-1948 school year.  Grades five and six were added at this time.  The school was officially dedicated by Bishop William J. Condon on December 8, 1947.  The following school year, 1948-1948, grade seven was added and Mother Claire Marie Krik OSU, was appointed as the first principal.  In the fall of 1949 Mother Elisabeth Marie Charvet OSU, became the principal and eighth grade was added to the school.

Steady increase in school enrollment made necessary a fourth addition to the plant.  Construction of six additional classrooms and a combination gymnatium-parish center began in May of 1957.  Completed on schedule the following February, the parish celebrated their new living space with a three-day open house.  Now all the classrooms were on ground level.  The new facilities were put in to immediate service in March 1958, although the new addition was not dedicated until May 4, 1958.

In 1974, a ninth grade was added to the school when Monsignor Martin Werner, pastor of Our Lady of Lourdes realized the closing of Central Catholic High School would force Our Lady of Lourdes students to attend three different schools in three years.  Concern for a strong continuous Christian education and formation resulted in the addition of another class to the parish school.

When the city school system moved its ninth grade classes back into the high schools and created a system of middle schools (grades 6,7 and 8), Our Lady of Lourdes School discontinued its ninth grade class also.  At about the same time, a pre-school for three and four year olds was established.  A year later, an Extended Care facility was added to cover for children before and after their school classes.  Both of these additions have been helpful in increasing enrollment in the school and serving our school families.  In 1991, the parish purchased a school bus to aid in transporting students to the school.  A new room was finished in the basement of the church designed to house the school computer equipment and to double as a smaller meeting room.

We offer all-day kindergarten through eighth grade, three year old preschool twice a week, four year old preschool three times a week, pre-k (for four and five year olds) five days a week and an Extended Care program that is open to all Parish and School families Monday-Friday from 6:30a.m. to 5:30p.m. 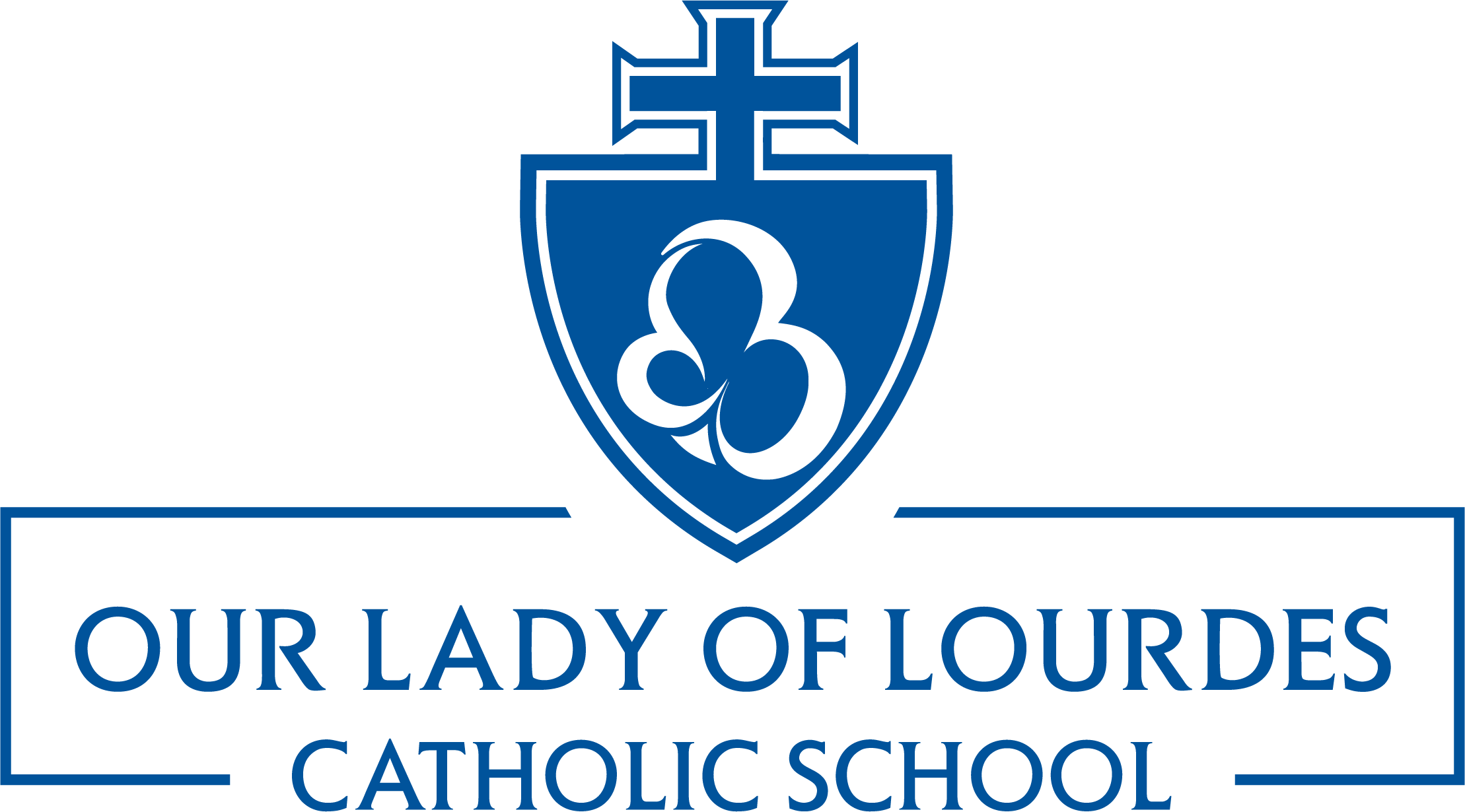 Copyright © 2016 Our Lady of Lourdes Catholic School. All rights reserved.